To Evolve, A Changing Landscape

A changing landscape, to evolve, women’s participation in football, local leagues, international football, punditry, sports columns, radio talk ins, a contribution on a wide scale, some call it an encroachment on male values, should there be room for male chauvinism? The knock on effect is the increasing numbers of women in attendance at football matches, but are the alpha males to be restrained with the football culture, the industrial language, the chants with the opposite sex in attendance, for that to become the case, the terraces come stands would become a library, no not Arsenal’s former, the Highbury Stadium, but a soulless atmosphere, that cannot manifest itself to be the case, to tone down in part, yes, to some, not the case.

A new group has been formed, another first of a first, of Anglian roots, the Norwich City ladies supporters group who attend matches in groups, the reason, they feel safe, feel self-assured, a protection feel, it’s unfortunate, but football’s a tribal affair, the chants, the passion, quote the ladies “We love the atmosphere, that’s what makes it part of the experience”. Football can be grandiose, it’s in the mix, whatever happened to the cloth caps, all suited, the smartness of the collar and tie era gone by, enter the ladies fraternity, is it overbearing? A sporting birth child, to be censored? No, but some will offer these offerings. Enter the women’s fraternity, nothing wrong with that, to be welcomed, not to set the rules, but to be aware of the historical values of football’s birth right on the terraces, on the green pastures, that’s where football began, the grass roots, smell the pipe wafting tobacco. Stretch out into other sports, the ging gang goolie’s of women’s cricket and the scrummage of the rugby ball, all male terms, welcome to the twenty first century, is the symbolised WOKE relevant? It has clout, take the knee, applaud, no time for male chauvinism, ladies’ participation in all sports, has to be the case, doesn’t it?

The FIFA president Giovanni Infantino, hit the headlines with the Italian clown referring to migrants and a possible two World Cups, quote “It will save migrants from dying in the sea”, a mystifying comment at first glance, but beneath the veneer is the under plot meaning, work would be available on new World Cup stadium builds, to work in extreme heat, in inhumane conditions. Infantino further expanded by saying it would give them dignity, a paying of peanuts as the going rate. Infantino needs to jump through the spaghetti hoops on strangulation. A World Cup every two years would generate an extra 3.3 billion pounds to fill the FIFA coffers, the add-on, to pilfer, enter Infantino.

The top tiered English Clubs are implementing virtual reality heading to replicate the heading and crossed balls scenario, angles to enter the domain, 360 degrees, crossed balls at 80 mph, distance maintained at 35 metres, do the maths. The theory is to reduce possible dementia, to dream, to head, a false header, a false dawn, to impose at academy level, first team level avoids the reality zone, perhaps don’t believe, don’t trust, beware of Michael Myers (Halloween) lurking in the background, an imposing defender, confusion, it’s all a reality?

A Beer Over Traffic

No beer at the Qatar 2022 World Cup? FIFA are endeavouring to change the Qatar mindset, to not drink in public, the Qataris prefer to get drunk as a skunk behind closed doors, but FIFA are there for a killing, no not journalists, a money killing, sell the beer. FIFA quote “Want to remain respectful to Qatar’s customs”. Custom built for many vices, no pleasantries, on the suggested menu, the Corona beer disguised as raspberry juice alongside a watered down Budweiser, FIFA’s main sponsors, surprise, surprise, surprise, they want to make millions, but no such rights for human trafficking on World Cup stadium build, have a Bud, bud, no buddies in Qatar, just the rip-off merchants, FIFA.

FIFA’s failed attempts to keep Russia in match qualification positions has the historic marks of the FIFA president Giovanni Infantino on the stamp. The Infantino is so low in the pond life that one’s head does not reach the surface. Infantino has endeavoured to hold onto his friendship with Vladimir Putin, having been awarded the Russian order of the friendship in 2019, to a—e wipe. The non-footballing superpowers of Poland, Sweden and the Czech Republic challenged FIFA, a no play zone v Russia, the English Football Association jumped on board, FIFA backed down.

The Football Column has stated before that FIFA can be challenged, they do not hold all of the power vacuum, it’s a myth. The Column has advocated that the European superpowers boycott FIFA to jeopardise the World Cups, it’s extreme it’s the only way forward. FIFA have to be sanctioned into a position where they need to adopt integrity and honesty with a high class governance. If the present incumbents cannot climb off their soap boxes, then a revamp, a clear out is required. Forget the FIFA elections, they do not count, it would be a no vote (Link to article dated 09.11.2019). 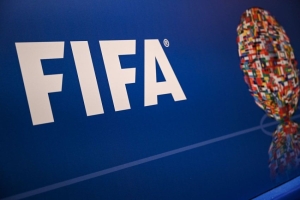 The Season’s Believable and Unbelievable Sooty and Sweep Oil Green