In line with FIFA’s bureaucratic ideals is their experimenting with five officials at selected Europa League matches, with one official standing alongside the goal on the outer perimeter of the pitch.

This could be a health and safety risk to the official who makes a negative decision against a team whose supporters are behind the goal. The official is employed to move within a twenty yard radius, as for the linesmen who moves at the pace of the game. Where the two officials employed by the goal area are easy targets for any chosen missiles, which angry fans may launch at them, perhaps we could end up with more officials than players. 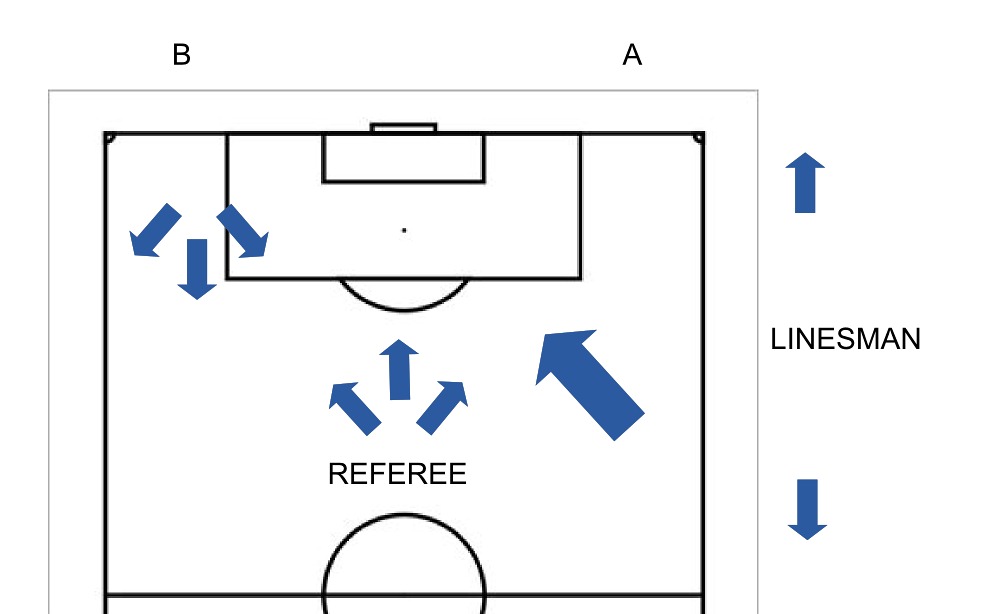 The same applies on the second half of the pitch (graphic) with the second linesman on the opposite side.

To position the extra official on the same side of the pitch of either linesmen is further mystifying. The FIFA official is marked as ‘A’, the Football Column suggests that this official would be better served if he was standing at position ‘B’, where he can visibly cover the arrowed areas, and likewise for the adjacent linesman, whose focus in those particular arears of the pitch would be slightly less, due to his constant movement. This would be of greater assistance to the referee, as the Football Column highlights the need for change. 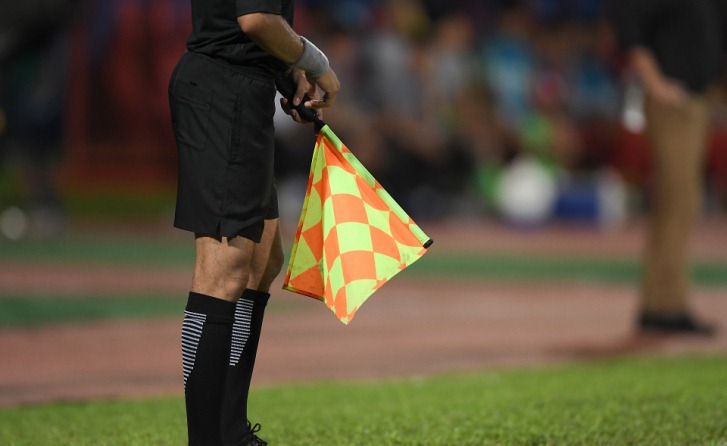 Jump onto the Bandwagon, Player Pick and Manchester United
Scroll to top