The planet busting billions are awash within the top echelons of football with the jumping onto the aptly named ‘football’s gravy train’ with players profiting in abundance and lacking candidness. Managers alike, signing lucrative contracts and failure leads to huge compensation payments, all rolled up in the word failure.

The Football Column highlights the not so savoury, from the Chinese investing huge salaries in players, whose best days are long gone, with the Chelsea former, Didier Drogba being highlighted, as possibly the catalyst for the sweet ‘n’ sour Chinese gravy train, alongside a former England manager, Don Revie whose trek across the desert proved money fruitful, but soulless.

During Don Revie’s tenure as England manager, in which he resigned, and immediately departed to the United Arab Emirates for a tax free haven, but no such haven was forthcoming from the English media and supporters, as Revie was vilified for his actions, and was later nicknamed ‘the mercenary deserter’.

Today the financial landscape has changed dramatically for the managers, with this being reflected in an earlier report, which highlighted starting figures of 99 million in compensation payments to sacked managers during one season. Another alarming statistic is that only 2% of managers in English football are from ethnic minorities, with 25% plus players in the English pyramid system being of ethic minorities. In the management domain it suggests racism with very few opportunities being given.

In America for example, they use the term the ‘Rooney law’, in which it is stated that any American football team which has a managerial vacancy must interview at least one black applicant for the position.

In layman’s terms, football clubs are in huge debt, mainly because of players wages, where it has been suggested that the first 20 million a year footballer is now operative due to the Premiership’s 5 billion deal with the various TV companies.

In detail and onto Didier Drogba’s Chelsea transfer to a Chinese club, which is too long to pronounce, unlike the reported 300000 pounds a week wages, which Drogba received a week, which on occasions stretches globally, where this staggering amount of money is just not confined to the Premiership.

Didier Drogba joined a club which was just as corrupt as the main International organisation which empowers football. The Didier employed the old rhetoric of quote, “I am here to help Chinese football”. Once these words were used, Drogba lost a large part of his credibility which was acquired by playing in English football.

The IQ of the football supporter pales beyond Drogba’s statement, which indicated Drogba’s desire to earn a huge slice of the sweet ‘n’ sour tasty gravy train. The Football Column will not use the word greed, but it was being bandied about.

Did the Didier have alternatives? The options on the table were to stay at Chelsea for one more year of which he had a contract, or possibly move to another Prem club which would have come calling, but the stumbling block being Drogba’s wages, where the dial tones would not have read at 300000 a week.

Drogba joined the lovable Nicholas Anelka whose money DNA became apparent while at Arsenal. On the positive side, Didier has been involved in much charity work, but many people might now determine that due to being in the public eye, that the have to, rather than the need, might be the case.

Drogba is a Chelsea icon and Champions League winner, who has slightly tarnished his image, which could have been avoided with a statement outlining and incorporating the word, honesty termed word, which was last seen hovering over football of many years gone by.

Drogba is not alone, the list is endless, but to mix the rhetoric with the huge salary, will not escape comment courtesy of the Football Column! 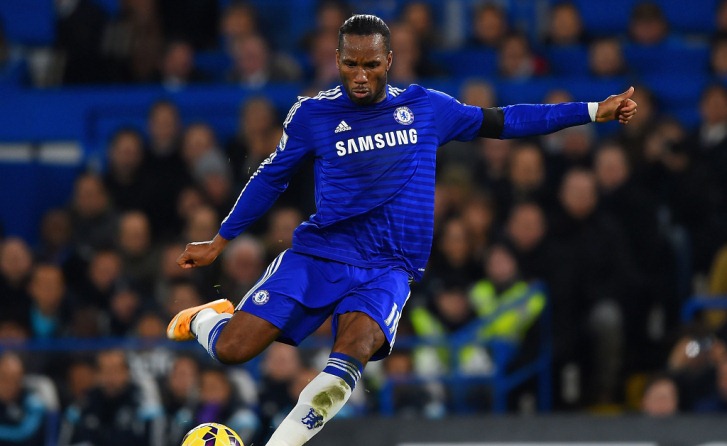 Historically Yours “Tyres, Kettering and the Football Association”
Scroll to top