Into reflection mode, the sacking of Steve Bruce as the Newcastle manager came on the back of unacceptable abuse, the nature of the football beast, the guzzled beer swillers who need to ne muzzled, woof, woof. We can all suffer some form of a downside in work related issues, but without the eight million pound compensation package, which winged it’s way to the Bruce family account, what’s more obscene, the abuse or the pay out? Bruce is a competent manager alongside good character vibes but to suggest on occasions not, that’s the downside character which football can impose, looking for a sympathy vote will not wash even on the tea towels with the Bruce family overtones being cited. The family’s concerns over their displeasure at events unfolding, Bruce did have a choice, to leave, but the inducement of a ‘fistful of Stirling’ is a yes to stay and for Bruce to retire on the proceeds, job done, the signalled middle finger. The soft soaked wishy washy, story lines can go forth to s__t creek without a paddle, don’t forget the tea towels, handkerchiefs not required, the tears of joy.

Reflection mode part 2, and the muted uproar over the Newcastle supporters wearing tea towels in recognition of the club’s new owners, the Saudi state. But are they mocking the religious side of the Saudi’s, we can dress it up anyway, why not? Educate oneself on human rights issues, straight from the Alan Shearer manual, all sorted no problem. The same supporters who quietly before would mock the dress code, now to wear, the termed, tabloid coded ‘tea towels’, that’s for the ladyships of the state, wash the pots, stay indoors, to submit. Are the Geordies to become the subjects of the state, no gambling, no drinking, deal on? Smell the education. Politically speaking do the Saudi’s now have an internal beady eye on the Kingdom, the United Kingdom, to be trusted?

For the tabloids to compare the American franchise concept of all that’s America, reference to the owners of Manchester United and Liverpool with the Saudi’s is ignorance, hence the problem, ignorance, human rights issues. The two redded shirts of United and Liverpool use popguns, spot the difference, it’s all mapped out, the history of the Saudi state, research button activated. The sand timer reveals a regeneration of the Newcastle toon, more pubs, gambling dens, Rooney nightclubs, brown ales, tea for two?

To suggest that Gary Neville needs to relinquish the reins as a pundit with reference to Gary’s observations on Manchester United, with United’s negatives being highlighted, but Neville likes to court players United’s way and share a prost (cheers) with Ole Gunnar Solskjaer. To be pro United is to be expected, but in punditry you cannot fly that banner, written in the contract, terms to remain unbiased. Roy Keane on occasions waivers on the same banner, rein it in Roy, you have been told. On Ole’s eventual sacking, the compensation, millions will wing it’s way to Molde in Norway, no mould on the Ole home, just the Krones of the Norwegian pounds, once the sparring is over Ole won’t give a s__t about you two, say it as it is, that’s what you’re paid for, to be pundits.

Time to Chill Out

Staying with United and Ronaldo take two, whose gone time, Juventus to Manchester United with Ronaldo being criticised from two of Italy’s finest, the Juventus couple, Leonardo Bonucci and Giorgio Chiellini. The ‘woof, woof, howl’ defender Chiellini, lace the Ronaldo shoe laces, hit me with those spaghetti sticks, the Chiellini quote “We fell short on our daily work, the humility, the sacrifice.”, let’s all blame Ronaldo, “Na na na na”. The two snakes dance duo, Leonardo and Giorgio, lovey dovey. The added quote “Ronaldo’s presence alone was enough to win games”, the first truth spoken, why worry? Time for extra spaghetti, mama Chiellini. The Chiellini’s sniper launch at Ronaldo was twinned with criticism of Mario Balotelli, possibly to coincide with one’s own book launch titled ‘Lo Giorgio’, allegedly the book’s profits are finding a charity, Chiellini not all bad then, woof woof.

Ronaldo became the first player to score 20 goals in twelve consecutive seasons in the top five leagues of Europe, during the Ronaldo Juventus reign. Cristiano became the first player to achieve 100 goals in the fastest time recorded, a Juventus milestone. The Ron’s final season in Italy came with the Portuguese breaking the club’s goalscoring record, aspiring to a 37 goal Salvo in one season breaking the previous record of 36 goals by Boral. The Ron is the king of the record busters.

It’s been announced that Manchester United’s Paul Pogba has become a football boot designer in fashion with co-partner Stella McCartney, the boots are claimed to be of the Stella variety and is named the ‘Freak’. The boot has laid claim to being football’s first boots created with vegan material, slot the toes into the pea pies, orange peel to freshen up the booti-ful, cabbage for extra padding, that’s the jist. Boots on mass to football’s other vegan lovers, Forest Green Rovers (Link to article dated January 2021). Le Freak hit the boot shelves during October at an affordable price? 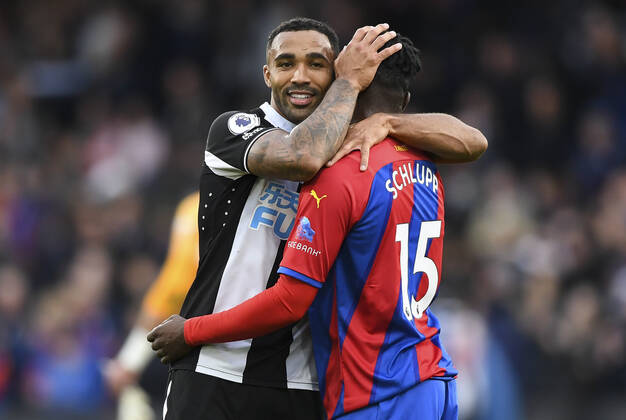