During Arsène Wenger’s early years at Arsenal, the Frenchman developed the Midas touch with signing raw diamond edged talent and none more so than Arsène’s compatriot Thierry Henry whose depicted goal celebration is statuesque, the statue of Thierry Henry, Arsenal’s greatest ever goal scorer, the Emirates Stadium statue.

During Wenger’s managerial stint with Monaco, Arsène remembered Henry during his time at Juventus where the Frenchman was playing as a defensive midfield player and was switched to a winger, Thierry’s career was going downhill, but Wenger could see the raw potential, the talent. Wenger’s appointment as the Arsenal manager in 1996 was written into the Arsenal dynasty as transpired later, on both counts, Henry and Wenger. An eleven pound cheque winged its way to the Juventus coffers for the services of Henry. Arsène developed his fellow Frenchman into the striker he was later to become, Wenger was the master at developing players.

The striker’s early Gunner’s career was fraught with uncertainty alongside a low goals ratio, but the potential was there, time, patience, key words to develop, frustration is the enemy. Thierry proved to be lightening quick and was supreme in movement, the body strength and physicality against the opposition improved, alongside the learning of his craft. The goal’s tally column improved and Thierry became the ‘fox in the box’, which was showcased during the 2003-04 season with the Gunners remaining unbeaten for the entire season and became known as the ‘invincibles’. Thierry’s contribution was an awe inspiring 30 goals scored in 38 matches, Henry is regarded across many pollsters as the greatest Premiership player of all time, to complete the hat-trick, can the Arsenal team and manager Arsène Wenger be termed under the same banner, a no brainer?

Thierry set himself in the Arsenal history books with a career record of 174 goals scored to break Ian Wright’s club record. The Frenchman was the evolver of the leg warmers and gloves in English football, Southern softies? Not with that record. Many defenders would remark that when Henry passed them, quote “It was like chasing a motorbike” hence the leggings and gloves, perhaps this is as good as it gets, Thierry Henry is the star of the Premiership legends.

Thierry’s last match for the Arsenal was on May 7th, 2006 v Wigan Athletic with a 4-2 winning score line, Henry grabbed a hat-trick to confirm that Thierry Henry is “Simply the best, you’re simply the best, better than all the rest”. ‘Tu es un genie’, the genius of the greatest, Thierry Henry.

Marked down in the history books with a record busting 60 goals scored in one season, the year 1927-28 season, the great Dixie Dean, the age of Dixie, 21 years of age, mind boggling. A scorer of many goals with his head, the medicine ball caked in mud, driven rain from the Mersey, the king of the air waves, whistle Dixie in the opposition’s distance, as Dixie rises majestically to head another goal. The nickname ‘Dixie’ was originated from the Southern United States USA, Hall of Famer 2002, the first Evertonian player to wear number nine, the statue of Dixie Dean at Goodison Park, a career 350 goals in 400 appearances, 18 goals for England in 16 matches. Will the 60 goal record be broken? There’s only one man who walks on water, over the Mersey, the great Dixie Dean, “whistle Dixie”. From the greatest top flight English League player, Thierry Henry, to the greatest goal scorer of all time in English football Dixie Dean, they reign supreme in the history books.

The departure of Arsène Wenger in 2018 followed on from the gradual exodus of the named ‘invincibles’, player’s careers at an end kick started the downhill decline of the Gunners, the trophy powder has run dry, the need, the want to reinvent akin to pulling the rabbit out of the hat, there’s no magic formula, the Premiership competition is fierce, Arsenal are trailing behind, perhaps sinking, they need to find the plug. Mikel Arteta came in on the back of the hounding out of Unai Emery, Emery was the man to reinvent Arsenal. Time was not afforded, a mistake in timing on the Gunner’s big clock to replace experience and trophies won with the opposite, the appointment of Mikel Arteta, make sense? On Emery’s departure Arsenal were lying in eighth position with a last 32 Europa League qualification, teething problems were occurring, but Emery would have gritted his teeth as was his trademark and solved the problems. Unai claiming his fourth Europa League trophy at Villareal strengthens the argument, Emery was the man.

The appointment the former player Edu as technical director to assist Arteta has fallen short of the bunker run, the powder kegs running dry, the supporters are becoming agitated with the abuse being highlighted. Abuse of football personnel is not acceptable, it is a high price to pay for living in one’s lap of luxury, one’s mansion. The Twitter, Instagram abuse came Edu’s way, who is paid mega bucks to deliver, it’s a results business it’s part of the terrain, failure on recognition and football rears its ugly head. Edu’s daughter’s involvement became apparent condemning the abuse alongside the want to model oneself, perhaps seeking catwalk attention ‘meow’ scantily clad, a welcome opportunity, Instagram of course. Of similar cladding is Edu’s wife who on camera at the Emirates Stadium raised the middle finger to an abusive supporter, it’s a start I suppose, kiss the ring?

From day one Rafa Benitez decided that James Rodriguez was not in his plans, whether rightly or wrongly. Benitez made it public that Rodriguez needs to be shown the door, a coldness seemed to be the tone of the temperature speak. A mistake perhaps? The Columbian is in the Top Echelons of Premiership Players (link to article dated April 2021) is there the need for Rafa to speak with a dismissive attitude? Rafa previously stated, quote “There’s no doubting the quality.” Rodriguez does not seem to have a good attitude and works hard in training, head and shoulders above, trains with a smile on his face, the work ethic is there. James does suffer from niggling injuries and appeared on twenty six occasions for Everton last season with a six goal tally, to suggest the stats are acceptable. In response to Benitez, the player must have felt disrespected and rejected, James made a mistake on the media outlines stating that he did not know who Everton’s next opponents were, borne out of frustration with Benitez perhaps? Feeling isolated, James then is afforded the bad boy image, should that be the case. Rodriguez is a player who will make the hairs stand up on the back of your neck, time for a regrowth. 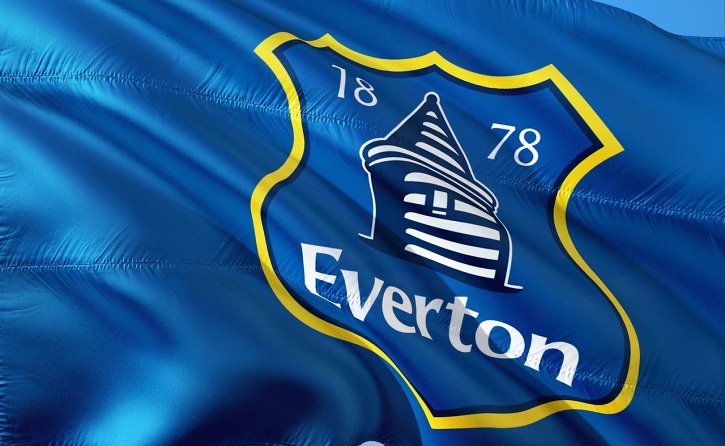