The Manero goes into highlight mode, assessing the pundit’s galore at our disposal.

The pundit time kicks off with the BBC’s two big hitters of Alan Shearer and Ian Wright. The Shear in particular is paid mega bucks for offering the same menu on a weekly basis, same old, same old and laborious for the Shearer drolls, at a minimum cost, hit the mute button. Over to the jester, Ian Wright, who can offer two takes, with a soulness or the happy jester, as for Wright’s football insight, runs at a minimal rate, nothing new, likewise the other two gunners with the insomnia drolls of Lee Dixon and the worried brow furred look of Martin Keown who n occasions ‘Keown’s’ himself with non sensical speak, in ‘Martin’s world’.

Not one to lighten up the studio is the ‘grim reaper’ cometh, Danny Murphy, who portrays a good knowledge of the game and speaks at a high ratio, but gives the impression that he does not want to be there, should have tested himself in the manager’s domain, seems to be good management material.

The opposite can be said for Mr Marks and Spencer’s, Jermaine Jenas, who clearly does want to be there, Jenas is according to the grape vine, is being ear marked for Lineker’s position. Jermaine ranks high in the pundit’s speak, offers something different, has a tendency to use the not good for television phrase, quote “You know what I mean”, so if Jermaine eventually lands Linaker’s position, then the opening titles on the Match of the Day would possible start like this, “Welcome to Match of the Day, you know what I mean”.

The BBBC’s afternoon punditry diet can be filled with the new kid on the block, the laughing cavalier, Micah Richards, difficult to understand above the continuous roars of laughter, clearly ecstatic to be there. In situ on occasions is the vastly experienced Mark Lawrenson, who displayed his intense loathing for the blue half of Merseyside, Everton, followed with the down playing of Carlo Ancelotti’s appointment, a touch of envy on the Italian’s appointment, what ever happened to remaining unbiased, which must remain imperative in the pundit’s world. Lawrenson ranks in the top 5 of the pundits, invariably hits the right buttons with accurate, candid views, likes to transgress on occasions into murky waters with clever humour, the wine clearly works the oracle for Lawro.

The rest of the BBC pundit’s offerings are Karen Carney, Alex Scott, Kevin Kilbane, Leon Osman, with nothing on the table of any note, alongside the smiling Dion Dublin, who can give a good insight.

Into the Sky Sports and BT arena, comes the Sky Sport’s chosen two, the combustible Gary Neville, who can on a good day hit the right buttons, and Jamie Carragher, where nothing short of a wedge of phlegm would put right, but like Neville can deliver. Onto the top two pundits, the smartly dressed Graeme Souness, who always hits the right buttons, a top pundit, well respected, understands every facet of the game and projects this to the viewer with aplomb. In pursuit of Graeme selling his recent book, he does on occasions use his punditry seat for his public relations seat and in particular plugins one’s own story take on the former Liverpool manager Joe Fagin, who according to Graeme, did not offer any game methodology or tactics his way . Perhaps at the time, a manager was not required, just a monkey in a red suit.

The top man to tune into has to be Roy Keane, hi the on button, aggressive, agitated, speaks hard, no bars holed with Keano who enters into areas where no other pundit would dare go, can speak in industrial terms, invariably presses the right buttons, a montage of Roy’s punditry are a joy to watch, entertainment value of a peak standing, worth the pundit’s fee.

Into the reserve lane and the lesser lights, starting with the Formula 1 tones of Jamie Redknapp who can drone on deep into the night, tends to be excitable, but to the viewer, a non offering. The other Londoner of similar standing, or is it seating, is the kiddish Joe Cole gives the impression he wants a choc bar, the third of the three is the Arsenal’s Paul Merson, a very good pundit, can become irritated with a raising of one’s voice, warrants the punditry seat.

The rest of the rest can be afforded to the competent Glenn Hoddle, alongside Michael Owen, who seems to be locked into the same drone gear, seems to be lacking credibility. The other two in situ are the abrasive Chris Sutton, who can offer absurd observations, with Rio Ferdinand, who is cloned into the Sutton style of being a pundit, but with a calmer effect. High up on the podium is Peter Crouch, who offers good observations, but gives a feeling of walking the plank with the Crouch. As for any pundits which have escaped the radar, perhaps next time, as Jermaine Jenas would say, “You know what I mean!”.

For Graeme Souness to be accused by a member of the press core of making tiresome comments on Manchester United’s Paul Pogba’s constant disappearing acts is a betrayal of Souness’s standing in football.

Pogba is paid outrageous sums of money to play football on a regular basis, which he fails to do, alongside Pogba’s constant blagging it routine. It is time for the United management team to censure Paul Pogba.

Paul Pogba can answer to this column, he can answer to Graeme Souness, but not before Pogba propitiates, and his employers, Manchester United, refrain from placing Paul under the privileged umbrella. 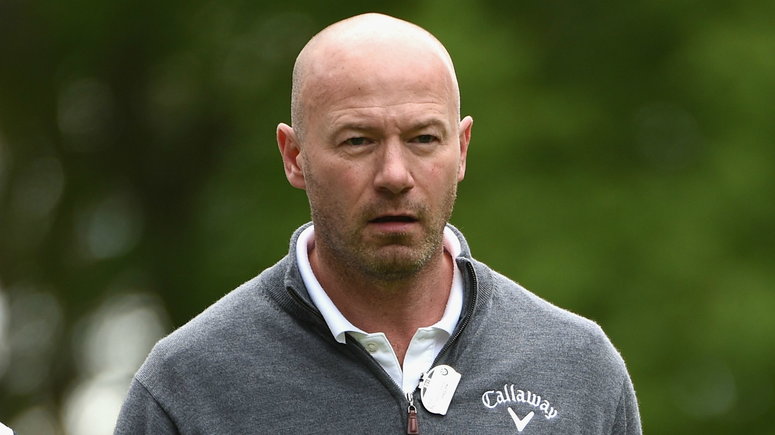 Taylor Made for One’s Self
Scroll to top