No big hurrah for the former red now to blue nose, the Rafa Benitez arrival as the new Everton manager, just disturbing sounds from the noisy quintet without the joyful sing songs just the bile variety, from an Everton supporter naming his dog ‘Toffee’ to a former Liverpool great naming his dog ‘Michael Jackson’, privacy on that one, is there a connection just the termed dog language being directed Rafa’s way. No one can profess to be the perfect embodiments, but there are rights and wrongs, boundaries are set so it’s time for the noisy quintet to return to their kennels and let Rafa do what he does best, manage football clubs.

An insight will now follow into the Rafa work ethics, skills, coaching and managerial acumen endeavouring to make the correct decisions and judgements at a high ratio to take Everton football club forward. Historically Rafa started coaching at thirteen years of age, an obsession, a passion, remarkably Rafa junior won the Madrid championship, notes were compiled on players and academy training sessions, twin roled, the two, coaching, come manager and playing for Real Madrid, the age set went onto eighteen, to continue to the want, to learn, to progress to challenge oneself, the Rafa, driven goals, driven ambition. The trophy laden career continues, notebooks into databases, year 2021, Rafa has thousands of data info on players, training sessions, small details, big details, striving for perfection to come near that mark, the motto “You have to do as much as you can”. The eyes, the ears all in sync, the team’s movement across the third eye, the sound of the ball, has the correct technique. Access the knowledge, the databases, a library of football, a library of knowledge, the Benitez way. Put the red shirt to one side, the blue has become the comfort fit, Finch Farm is where the foundations will be set, the Everton motto ‘Nil satis nisi optimum’ translates to ‘Nothing but the best is good enough’ ditto, Rafael Benitez.

Start point, Sam Allardyce touting for a job on Radio Talksport, quote “I don’t get asked anymore”, of no relevance anymore Sam, chews the chew as if chewing the butt end of a cigar, that’s Clint Eastwood’s job, perhaps that’s the problem, no more ‘fistful of dollars’ Sam. Onto the life of the Riley Andy Carroll, who spent an entire career conning injury, and conning the monies, take a ride Andy with Michael Owen who was the original Riley, become the jockey’s apprentice, clean the straps, the pristine horse for the Owen to ride, no more Twitter Michael with another female variety, the wife got wind, belch, carry on chaps, don’t forget the dung cleaning.

One who does suffer from the trapped wind is the reviled super agent rat Mino Raiola, “A supa dupa deal for me, why these footballers employ me, I don’t understand.” The ordinary bloke of the breeze blocks, Raiola employed on breeze block street, Raiola’s clients, the upmarket footballers. If the second reviled one was still in shot, the El Hadji Diouf, the talentless concept who rode out a meaningless Premiership career on the back of a one match good game World Cup for Senegal, El Hadji had a panache for spitting at opponents to justify one’s being on the pitch, give me the headlines, the football not good but the spitting is, woof woof, the Diouf. One faster than the woof, the greyhound flying winger of previous intent Ryan Giggs, who faces many grey days ahead. Ryan became his brother’s keeper of one’s wife, United we stand and later implanted the same seeds to the latest girlfriend, court proceedings set January 2022, ‘not guilty my Lord’? A late entry into the limited edition but will escape the unsavoury tag, tattooed to the hilt, from the neck downwards, don’t ruin the golden balls, is that Becks? Here, there everywhere, Wimbledon, Euro 2020, with the giggler, Tom Cruise film promo opportunity, yes we can see you, time to wave, Becks on holiday in Italy, jetting off to America, perhaps there are Becks doubles, exhausting work, oh for those sweet cherries or is it chariots, rule over us, the icing on the cake, Yaya Toure’s birthday cake to end on a good note, has it been spotted?

The Lionel Messi saga, wages not affordable, exit door, wipe away the tears, it’s all over, the Barce dream, the new signpost, the PSG of the low ranked French League, where’s the opposition? We are friends, Neymar and co, come and play for us Lionel, a team of friends, don’t forget to ask the chairman first, lovey dovey, symbolised finger wagging, pointing, all part of the nonsense, more tattoos perhaps, anymore space on the neck for a tattoo? Sorry Becks you’re the king of the neck tattoos, one big yawn. Onto the Sky Sports transfer table, drolling on for ten minutes on the Messi saga, are we fools, and then the conclusion, Messi is going to PSG, a round of applause for Sky Sports for this most unexpected news. The PSG, an infant club formed in 1970, the owners, the Qatar sports investments. A team loaded with names, Donnarumma, Sergio Ramos, Neymar, Mbappé, the list can go on and now Messi, but where’s the challenge within the termed ‘Farmers’ French league for the cash cows, moooo, no booos that’s for sure, those cosy challenges lie ahead, the oily rag of the PSG, the flag will drape itself over the French Ligue 1 trophy, all bets cancelled.

Into the real transfer market lined with substance, the huge transfer fees paid, 73 million pounds, Jadon Sancho to the red half United followed by 100 million pounds for Jack Grealish to the blue half Manchester City. Jack the dressed rolled up sandboy rolled into City dressed like a Sheikh in part with a semi-robed clothed effect wearing the customary flip flops, hitting the blades of the city’s expensive carpets on route to the various medical machines, testers, pounds, shillings and pence, the record busting 100 million pounds. Can comparisons be made to City’s other record buster at 1.4 million pounds in 1979 the Steve Daley from Wolves to City who crash landed and flip flopped to the United Stated, the brand, failure, watch the achilles Jack on those flip flops. The other expensive one Harry Kane hit the grapevine with news that Harry did not turn up for training, fake news? Permission given to suggest on Harry’s part. Silence came with the odd bad egg smell, Levy this, Levy that, to keep an unsettled player is never a viable project, forget the posturing Levy. For Spurs to vainly portray with silence, the denials that Harry missed training sheds a poor light on Daniel Levy, Harry had to defend himself and stated that he did not miss any required training sessions. An extra addon to the unsavoury limited edition, as before written with the late entry Joe Barton, to the chambers my Lord, knock knock my Lord, not you again, I have been accused wrongly my Lord, next. Reference to Barton’s two assault charges pending v the former Barnsley manager Daniel Stendel and Barton’s wife. An unsavoury character who needs to be removed from football’s landscape. 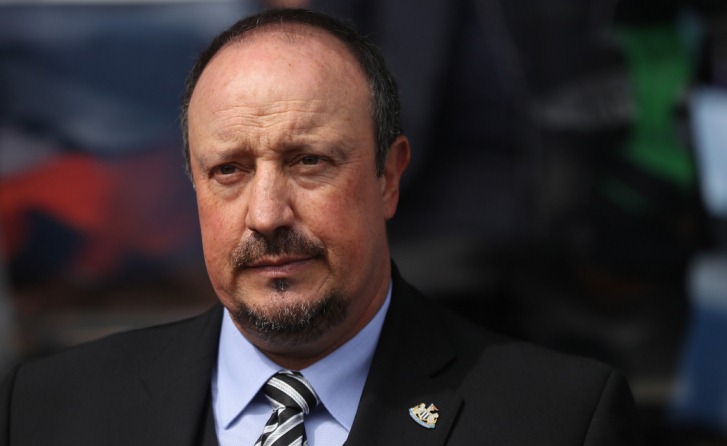 The Road to Rio Kane the Rhubarb The Premiership Window The City of the Gods...
Scroll to top