A Real Steal Face off Jump on Board The Invisible Men Sally’s United Don the Shirt?

The pivotal year 1986, the Hand of God Maradona v England. The real steal came from England’s Steve Hodge who claimed Diego’s shirt, thirty six years on, Sotheby’s, sale on, the shirt, the going rate rumoured at a four million starting point, which is more surreal, the Hand of God or the shirt? Questions to be asked, where is the 1966 Geoff Hurst shirt, the hattrick Salvo shirt or Argentina’s Mario Kempe’s two goal Salvo shirt v Holland to lift the World Cup or perhaps the day that Johann Cruyff introduced the now world famous Cruyff turn, were the shirts thrown as the remnants of the game onto the dressing room floor waiting for the laundry pick up, surely not? Get in touch www.chestermanero.com

The defunct Super League concept favoured by the so called big clubs in England alongside the Spanish and Italian contingent at the time was condemned by UEFA who have changed track and are looking to skirt around football’s race track to announce a similar type concept, in part, to protect and sustain the big clubs participation in the Champions League even if some clubs have a stinker of a season, with clubs’ historical participation being the new advocated concept to guarantee CL entry. To open a cleaner window, the FA Cup winners are being used a road to sustain CL progress, to reveal, if Crystal Palace in example mode claimed the FA Cup, then there is no entry to the Champion’s League as opposed to Chelsea being the FA Cup winners and finishing outside the top four would claim CL status on the historical valve note, UEFA like to stink the house out. The Football Association should step in and inform UEFA of non-compliance, the stench, UEFA.

Jump on Board, Vroom Vroom

The jump on boarders Lewis Hamilton and Serena Williams have joined forces to back the Michael Broughton bid to purchase Chelsea Football Club. Chelsea have been portrayed as a club with diversity alongside anti racial campaigning, where the previous Abramovich fitted into that concept is laughable, is it a smokescreen? The twosome are investing twenty million pounds, chicken feed to them. To engage with the community is their motto under their projected banner, the two with boots on the ground, the Chelsea community, spare us the mumbo.

Hamilton is a self confessed Arsenal fan who is trying to dilute his Gunner’s allegiance stating that he has seen many Chelsea and Arsenal matches and he would switch from Manchester United to Tottenham. According to Lewis he was the only kid of colour during those Stevenage adolescent years with football being the craze, we can bring that into question. To add to the narrative Serena Williams is a Real Madrid supporter, now that’s the real deal, self serving, self purpose, self acclaim, self projection, Williams and Hamilton, lollipops.

A new English Football League directive has been set to implement blind recruitment at academy level. The end game is to appoint the best applicants for coaching positions based on one’s curriculum vitae, without meeting the applicant. A strange concept, the invisible men, but not if it allows black coaches to lay claim, no discrimination follows suit. Black coaches to be employed on a wider basis purely based on the applicant’s CV, a good concept, open to debate? The Manero add on, a guarantee of two year contracts should also be stipulated to avoid any early bird dismissals, a final seal on any loopholes. Welcome to the twenty first century, the invisible men.

The interview would operate at this level – “We don’t see you, but we have your CV, who are you?” “I am the invisible man.”

The Sally United duo of David Beckham and Gary Neville have joined forces in backing Qatar, the 2022 World Cup. Beckham is to pocket a reported 150 million pounds, and kindred spirit Neville via a YouTube documentary on invite the Qatar Government, to suggest a huge fee involved, to dispute the reported six thousand plus migrant workers deaths on stadium construction build. The Neville quote “Whatever we see we can put in, I have faith in people, do we believe workers are dying and they’re hiding it?”.

It’s all been covered up Gary, hidden. Watch you do not stumble over a rolling head the lingo, before the seedless one arrives, do the plants, to follow on, ship the bodies out, clean the areas, show the worker’s accommodations, gold taps, silver service, all the mod cons, no deaths here, the Qatar government cover up. Neville continued to offer a no knowledge referendum on human rights issues, in money we trust, in faith we have, say a prayer, money deposited. Link to article Dec 2021.

The Maradona hand of cheat shirt sold at a swansong of seven million pounds at Sotheby’s. The Argentina Football Association came sniffing powder, to harbour the coke in honour of Maradona in pursuit of the shirt with the barbs that they are the rightful owners of the cloth at the time, 1986, the Argie FA were not interested in one’s shirt, the cheat goal was of more importance to them. They now want to cheat their way to the item, no freebie shirt, of no consequence “Hasta Luego”.

The former England goalkeeper, Peter Shilton quote “I would wash the dishes with the shirt”, Fairy Liquid Shilts? Bitterness prevails, why not. 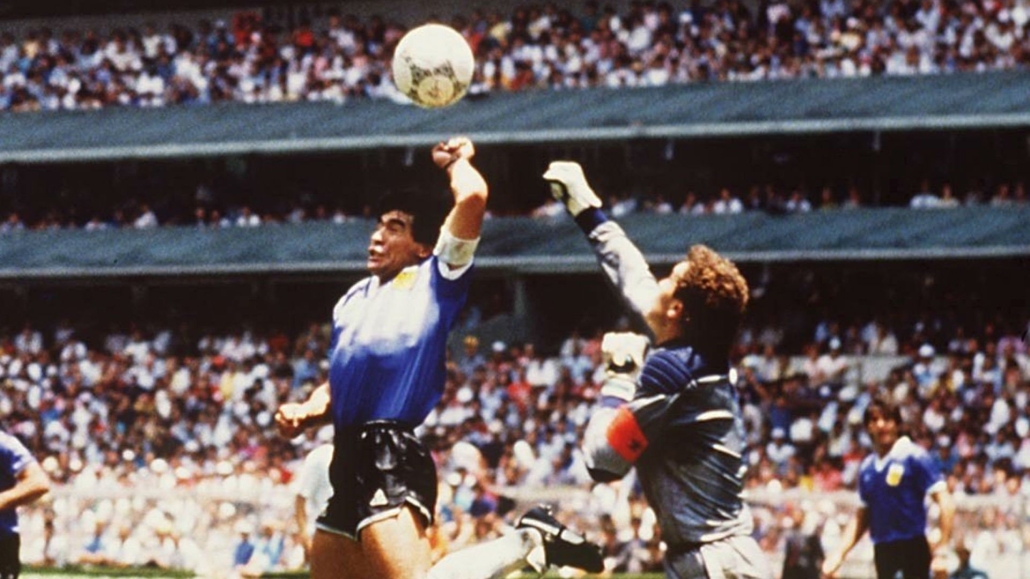 Hard Hit Long The Road to Qatar Hung Out to Dry