The Season’s Believable and Unbelievable Sooty and Sweep Oil Green

The Season’s Believable and Unbelievable

The picture of the Chelsea manager Thomas Tuchel with a small embrace for Roman Abramovich following on from Chelsea’s World Cup Championship trophy win with the words, “This is for you, for all you have done”, the Manero add-on “and all the billions you have stolen”. A feeling of embarrassment for Tommy? Time to reinvent the narrative at Chelsea and to keep the German orchestra alive, Tommy’s kindred soul, the Jurgen Klopp, who has learned from not using a big batch of first teamers, the players, in part with a proper pursuit of the English domestic cups, lifted the 2022 League Cup trophy. Liverpool did in part reach the final with a batch of reservists, a positive sign of development, the two cups do play a part, that should not be forgotten.

The other great in management terms is the Pep Guardiola, whose contract expires at the season’s end 2023, will he stay, will he go, that word reinvention rears its head again, stay fresh Pep? Stick with the City, a fortress has been built, stay and re-energise if needed, in football terms you are still a young man Pep. Across the divide at the red half, a pivotal day, March twelve, a Cristiano Ronaldo hattrick v Tottenham, confirmation on Ron’s status, outshines the Harry Kane, can still learn from the master, a two fingered salute to the Do Ron, Ron’s critics.

Time for a chat Pat, the former Chelsea Pat Nevin trying to convince oneself that Chelsea will be all okay, quote “Clubs can place problems into compartments”. Yes Pat, the impending debt compartment, now that’s worth a pat on the back. Onto the Mo Salah wage saga, Mane, Firmino, Jota and Diaz, add Westham’s Jarrod Bowen to the list, on the radar, can Liverpool still be a successful force without Mo Salah? Yes they can. Jurgen Klopp came forth with veiled speak to give Salah an ultimatum, take it or leave it, the club’s wage structure will not be breached, quote Klopp “The club has gone as far as it can”. The Manero add-on – no ransom player is accommodated, the club is bigger than any player. Onto another note, Jurgen is arguably the biggest moaner with reference to the fixture congestion, quote “That’s how it is, I do not complain”. Either Jurgen is taking the p—s or has a memory loss following on from previous rhubarbs on the congestion, as for any hair loss, transplants sufficient Jurgen, sprouting rhubarbs.

Another Premier League manager who seems to be amiss on memory retention is the Newcastle manager Eddie Howe, who accepts he will be asked about the club’s owners, reference to the Saudi regime club ownership, quote Howe “My specialist subject is football, I am not qualified to have an opinion”. Qualifications not required Eddie, the Saudi’s specialist subject is to behead people, don’t loose your head in the sandstorm Eddie, one’s job description and pay scale are more important. A further quote “I have a responsibility to educate on Saudi Arabia”. To suggest that one has been oblivious, only if you have been living on another planet, rocket Eddie, Thunderbirds are go.

The former Canary Chris Sutton (Norwich City) sings like a canary, has criticised the Everton manager Frank Lampard for criticising his players in the public domain, quote “He has to take responsibility, he is the manager”. The response: Lampard has every right to question his players, Frank is not overstepping the mark by shirt naming, the shirkers are there to be seen, do not dismiss the supporter’s knowledge. Lampard will be setting the mark, the tone behind closed doors, to motivate, to instil confidence. Pass the baton, it is then up to the players concerned to take onboard and respond in the right manner, that comes from within, the players’ responsibility then comes in to play.

Sutton has historical nonsense on barbed comments having stated that Celtic reserves are bigger than Leicester City, reference to Brendon Rodgers departure, Celtic to Leicester at the time. It’s time to sweep clean the Sutton’s non responsibility on crass comments for football’s Mr Sooty, hand in glove.

Flashback to the protestor who encroached onto the Goodison Park pitch, Everton v Newcastle and neck tied oneself to the goal post. Enter the t-shirt logo “Just Stop Oil”, perhaps a tin of oil over the protestor’s head would have done the trick, now that’s a real protest. According to the veggie burger brigade, the Forest Green owner Dale Vince, quote “I do not have a problem with what they are doing, disruption is part and parcel of a protest”. Okay I can relate, time to pour oil into the water sprinklers at Forest Green Rovers, on a sliding scale of ten, it’s a ten, a slippery surface. Pour the oil Green, what’s good for the Vince quote is good for the pitch, it’s only a protest, game on Vince? 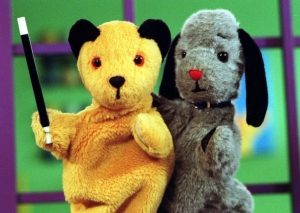