As another Premiership hits the trail, the Football Column has delved into the archives to reveal a blast from the past, the Premiership legend, ‘Le God’, ‘Le Tiss’ Matt Le Tissier.

Born in Guernsey in the Channel Islands, Le Tissier was named ‘Le God’ by the Saint’s supporters, (Southampton), a player who felt a great sense of loyalty to the club, the genius of Matt Le Tissier.

Matt was a professional for 16 years, and made 540 appearances, scoring 210 goals, of which 101 goals were scored in the Prem and including all competitions, for his beloved ‘Saints’. Le Tiss, would score unbelievable goals, producing breathtaking moments, Matt would create the unthinkable on a regular basis. To put up a montage of ‘Le Tiss Goals’ would certainly be up there with the best in the world.

Like any genius in any sport, the individual can have a downside, in Matt’s case he did not like pre-season training, and on occasions would not show the right attitude for in particular running, and on frequently his work rate was not good, and subsequently was not the most fittest of players. During matches Le Tiss would loose interest if the team lost possession, he did not like to tackle and would not chase back to try and retrieve the ball. The team system would have to be changed to accommodate what Matt would not do. But this can be the case with a sporting genius, and Matt certainly comes into that category.

Matt’s forte was his extraordinary goals and skills in which he would create a special moment which would have the fans watching in awe. Matt bizarrely enjoyed the relegations fights, and was frequently the architect of last day escapes for the saints, Matt’s achievements are measured in keeping Southampton a Premiership side since it’s inception in 1992, to Matt’s retirement in 2002, the Saints would have been relegated but for Le
Tiss’s goals, 3 seasons later, the Saints were relegated. Fittingly, Le Tiss scored the last goal at the old stadium the ‘Dell’. Matt said “It was my destiny to score the last goal, it was an emotional moment for me”.

Le Tiss had a great ability to manipulate and improvise with the ball, with his forte being to draw defenders to him and then leave the defender totally stranded with a slight dummy, remarkably Matt could side foot a football, almost as with much power, as striking the ball on the laces of the boot, and could still find the corners of the net with pace, sometimes in true Le Tiss style, he would try to score from corners.

Matt felt a great sense of loyalty, and always wanted to remain a ‘Saint’, and not a sinner by leaving for another club, Matt could have left on many occasions for another club, but at the Saints, he could play as he wanted, and the fans indulged in his genius. Sir Alex Ferguson summed up Matt with a candid observation Sir Alex said, “I wouldn’t want him in my team but also I would not like to see him in the opposition side either”.

Matt represented England, but was not chosen on a regular basis, England regarded Matt as a luxury. I suggest if Matt was born a Brazilian, they would have picked Matt regularly. France did make an approach through Gerard Hollier, due to the fact that Matt was born in Guernsey, but Matt said “It was England or nothing for me”. Le Tiss, unfortunately ended his career with no medals, but playing for the Saints was all that mattered for Le Tiss, a great entertainer, Matt says “He has no regrets, the fans were brilliant with me”. Matt Le Tissier is a Premiership legend. 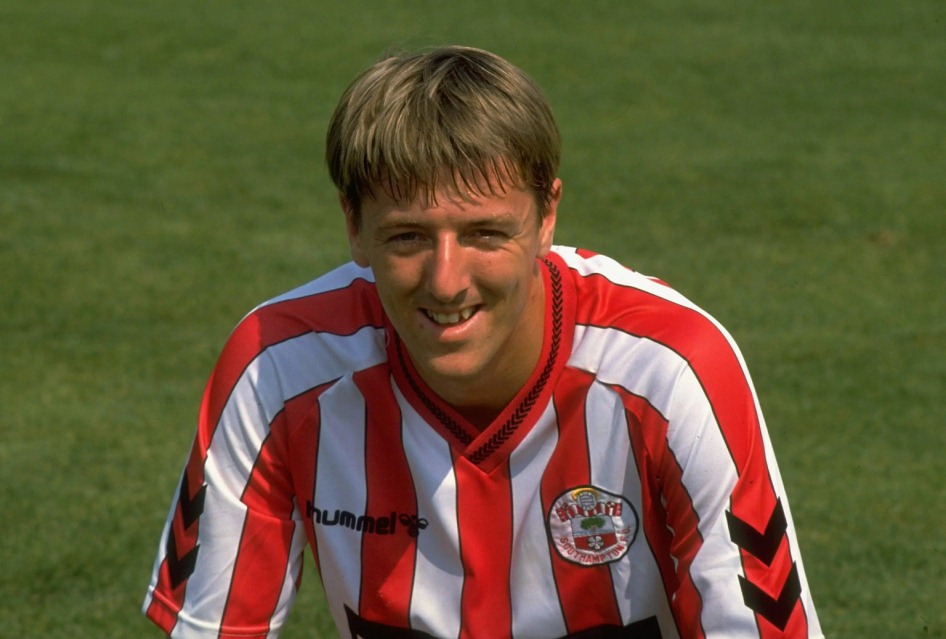 Harry’s no Houdini, but is the Real Deal + Moise Keane Adrian’s Wall and...

The Carabao Cup
Scroll to top