Manero questions the ideals and future projection of new club owners, previous owners, council involvement all under the stench of a possible rat’s umbrella. The question had to be asked following one club’s purchase, is it a fixtures and fittings buy out or both with the pitch come land all part of the deal, perhaps a good deal for a rogue, a possible ownership visionary deal of building a retail outlet or perhaps a hotel to house the laundering.

Time to strike the deal, the comparisons, a club in turmoil is the South Yorkshire might of Barnsley, into the nitty gritty we go, a family named the Cryne or is it crime family who own 50% of the ground, the ‘Oakwell’ pitch included and subsequently charge excessive rent to pay for one’s high living and hinder the club financially. The other half, 50% is council owned, hopefully the local council?

To direct straight to the gist, the current owners of the fixtures and fittings want to purchase 50%, confused? Is the suggestion that the Barnsley council have sold the other 50% previously, if that is the case they have stamped on their own motto “Working together for a brighter future”, does that include Barnsley Football Club?

Akin to Barnsley, Chester FC (ref: link to article dated 05.08.20) smelt the rat in the ranks and rebuffed a possible classification of a rogue take over, land permitting of course, not for the want of trying the neighbours across the border, if that really is the case AFC Wrexham had the king rat himself, a Mr Mark Guterman who had a preference for a set of Redrow houses on the green pastures to replace the original concept of Wrexham Football Club. The same linkage can be made to Coventry City and the demise of Bury FC, the list can go on, supporters can be left in the dark with the window dressing shopping buy outs, the bigger picture does not always reveal itself, which if later proves to be negative owner will lead to a darkened alley to blight many football club’s existence, can be a sobering nightmare.

The enquiry come possible stake or take over of Wrexham AFC by the so called A listers, Hollywood actors, Ryan Reynolds and Rob McElhenney is fraught with many unanswered questions. The Robins are supporter owned to give the club protection from individuals looking to possibly buy. The message to the Wrexham faithful, don’t be misty eyed with the Hollywood baggage. Reality always kicks in for good and bad, the beware signs are clearly signposted.

Barnsley
Late News; A Changing of the Landscape?

Onto the grapevine, a Mr Chien Lee has purchased 27.5% shares, making him the leading player with the Tykes, but will player investment follow? Cryne’s shares have been diluted to 20%. Three more shareholders can be added to the list to compound issues further, a catalogue marked the Barnsley owners, as for Barnsley council? 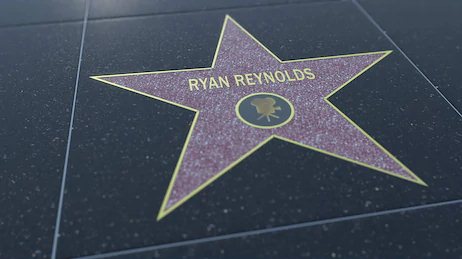 Keane to Set the Record Straight + Keane and Ready in Refection