FIFA’s new Arsene on the seat, the world’s new chief of global football development, Mr Arsene Wenger is endeavouring to earn one’s corn recommending a new procedural think tank, was the fish tank, to address the problematic offside raised flag, courtesy of the officials in black. The Wenger process is to start an automated system which would be linked to the lineman’s watch, a bleeper or signal will indicate if any players are offside, falls in line with the goal line technology via the referee’s watch, the question is, why did they not think of this before? Of concern is that the automated system could include the discredited VAR, so is Wenger gunner make inroads into FIFA’s failings, a three gun salute to the former Gunner, Mr Arsene Wenger, but the final decision lies with the referee?

With the Qatar sand bitten sunset on the horizon, the 2022 World Cup, the country’s human right’s issues have reared their ugly head with the migrants on the stadium build suffering from inhuman working conditions and living quarters, alongside poor pay, at the last count there have been six thousand five hundred deaths, for ten years the death register has continued to rise. Amnesty International alongside FIFA have been silent, but not now, the cement cap has been removed and the true horror story has been laid bare, players alike from the Netherlands, Germany, Denmark. Norway and other countries have joined forces to condemn the facts of the horror story, too late in the day for this, a token gesture. Their sporting participation will prevail in the 2022 Qatar World Cup, did all concerned give a s— on human rights issues ten years prior? To add to the disgrace, the eight stadiums will become white elephants, historically wise FIFA leave a trail of white elephants, the South Africa, Brazil World Cups of note. A small legacy will be left with the Ras Abu Aboud Stadium being completely dismantled, made in part from shipping containers to ferry the bodies. Parts of the stadium will provide other sporting facilities beyond 2022, heavy weight boxing division will prevail, shame on the boxing fraternity linked into the Saudi Arabian kingdom. The stadiums will be a pub’s throw apart but not a beer in sight, differing issues, adhere to the crazed illogical regulations and perhaps a beer can be obtained, wise to take a hand surgeon in tow case the worst happens! Beer and guitar in hand, sing song, “Express yourself, you know we can win. Some of the crowd are on the pitch, they think it’s all over, it is now, express yourself, come on England, three lions on the shirt, live the dream again”. England’s nemesis Germany, we need to overcome to prevail, have been involved in the stadium design particularly with the stadia air conditioning, not to be gassed upon, no winter woollies required, come on England, the 2022 Qatar World Cup.

No Terry’s Chocolates for Robbie

Play the guitar to the sounds of the Welsh National anthem “Land of My Fathers” but not in Qatar where parenting goes amiss. Wales of similar size to Qatar, to link to the simmering long standing feud between two former internationals, England’s John Terry 78 caps v Wales’ Robbie Savage on 39 caps. The BT pundit savage kick started the spat in 2015 claiming that Terry had passed his shelf life, the Terry response was to mock Robbie’s playing career, John likes to look down his nose at people, but it’s the other way round John, that’s what the public do in your direction.

The feud’s been reignited by Terry who behind the scenes has kitted out for the Sky Sports, no Chelsea kit John, v BT Sports, Savage’s employers, stating that Sky Sports should give BT a shoulder barge with Robbie on board and take control of the Champions League coverage. Terry’s playing career shelf life expired during 2018 with Robbie shot shy by three years with John churning out 60+ more appearances with Chelsea and the final destination, Aston Villa. Terry went a bridge too far at Chelsea with one’s former colleague and friend Wayne Bridge’s other half, pun time, between the bed posts. Terry lost respect of the footballing public, of sharp contrast Robbie’s a happy go lucky tomfoolery type character when in microphone mode. Take your pick on both counts to follow, BT and Sky Sports would like a piece of the World Cup action but terrestrial TV prevails on this one, do I hear BT or is it the BBC?

If the termed super agent Mino Raiola came into a manager’s office wearing green tights, alongside a distorted egg box with bows and arrows to get the deal done, you would think of Robin Hood, who historically steals from the rich to pay for the poor, but not this Robin Hood who steals and keeps the loot himself. Raiola looks more like Friar Tuck who had all the meals on the table.

The concept of football agents has never worked the oracle with one’s self, it is all a smokescreen, some players may regard agents as arm candy but without the stilettos. The fundamentals, the rudiments of players contracts is the final wage negotiations agreement, alongside the length of the contract terms with added inserts, a possible ratio on sales percentage take on the player’s merchandise depending on the player’s status with a comprehensive due diligence compass of inserted details in to the overall contract. The legacy of Robin Hood remains in Nottingham alongside Brian Clough who would not enter into dialogue with Billy Smart’s circus, the agents. The indicator became evident with Manchester City’s Kevin de Bruyne negotiating his own contract, agents not required. Employ the local lawyer, millions saved, monies banked at the bank of English football, the clubs, it’s a slam dunk Raiola!

Love him or loathe him, Jose Mourinho is one the greatest managers of all time, Jose’s days at the top table, the Premiership, are dinosaured out, there will be no return as a Premiership manager. It’s a sad time for Jose, who will reflect on his time in English football, his love and passion for the strong traits and beliefs which lie deep rooted to the mother of football, England. The game has changed since Mourinho’s early days, football continues to evolve, always will, that’s the challenge, Jose’s evolving days are over. The overnight millions amassed by the modern top footballer in many cases can lead to arrogance v Jose’s arrogance. There’s no winners, no problem solver, hence the last two departure syndromes, Manchester United and Spurs. Mourinho has returned to management in Italy where the mindset is different, more discipline with taking on board the manager’s instructions, the command to do. Jose has signed up for Roma and could reinvent himself working under this type of climate. The press like to play to Mourinho’s downfall, it’s no downfall, just the passing of time, in the football annuals Jose will be revered as special, you will be missed, tchau Jose.

Tune in and talk the walk with Jose who id to appear on Talksport during the Euro’s, alongside the pumpkined Alan Brazil to pass judgement on the Manchester United supporters’ protest against the Glaziers ended with a stealing of the match, but not the real steal like the Glaziers, match cancelled v Liverpool. The Glaziers have bled money for themselves for sixteen long years, so anger is a human emotion which needed to be vented, march on, with all protests, some overstep the mark but the police on occasions are no angels, so it can be a two way street, Old Trafford, 02 May.

The man who likes to rear his ugly head, Richard Keys, the former Sky Sports presenter, hence his moth bitten gripes, accused Gary Neville of inciting a riot, were the protests a riot? If Keys wants to jump on the high moral ground, then he needs to relate to the human rights issues in the country, Doha, Qatar, where he makes his living for Bein Sports, and make his commitments serve a meaningful purpose. Keys attacked other pundits stating that club’s owners are not their business, in response, the Glaziers are reviled in football, all supporters hate what they stand for, that makes it our business. Keys likes to make a noise, rattle, rattle, it’s the ‘crybaby’ Keys.

Seasons 2016-17-18-19, Chelsea’s Eden Hazard was arguably the best player in the Premiership. The game changer came on transfer to Real Madrid, time to sit back, eat the pies, deal done, bank account busting. Since then the Belgian has been the shadow chaser, follow my former shadow, sitting in the garden of Eden, time to reflect, there must be regrets, big regrets.

From the former to the present, Chelsea’s Mason Mount similar in statue, movement and general match play, of the opinion that mount will develop into the same quality of the former Hazard, stay fit, keep level headed, keep off the Belgian chocolates and football will become your oyster. Mason will be looking to handshake down Manchester City in the Champions League final (written before the final) unlike Hazard who was more animated and excited with his former Chelsea team mates at the game’s end, Real Madrid’s semi-final defeat, it is not acceptable, it is wrong, it disrespects the Real Madrid and it’s supporters. Make the meeting after the match behind closed doors, not really interested in silly giggles on the pitch, but it does antagonise. Back to Mason, small details will be offered, the Champions League final, if Mount can turn City’s defence square on, make them face their own goal when defending. Then Chelsea could unlock the City door, coupled with the speed goalscoring merchant Tim Werner. Like s— off the shovel lightening quick, now you see him, now you don’t, don’t let it stick to your boots, goals are the order of the day, the trio’s completed on selection with the gangly one, Kai Havertz, who will be awkward and gangly for the City defenders to control. As for City, to suggest that Kevin De Bruyne will look to cut across Chelsea’s Cesar Azpilicueta on the occasional switching of flanks to cross shot on goal, difficult to defend against, Foden, Mahrez and Gundogan will be the other impact players.

The other final, the Europa League has its usual formula, the Europa League serial winner, the former Arsenal manager, Unai Emery going for number four v Manchester United with new club Villa Real. The crazed ones at the time who flew under the football flag with the hounding out of Emery at Arsenal.  Regrets? There’s Been Plenty! 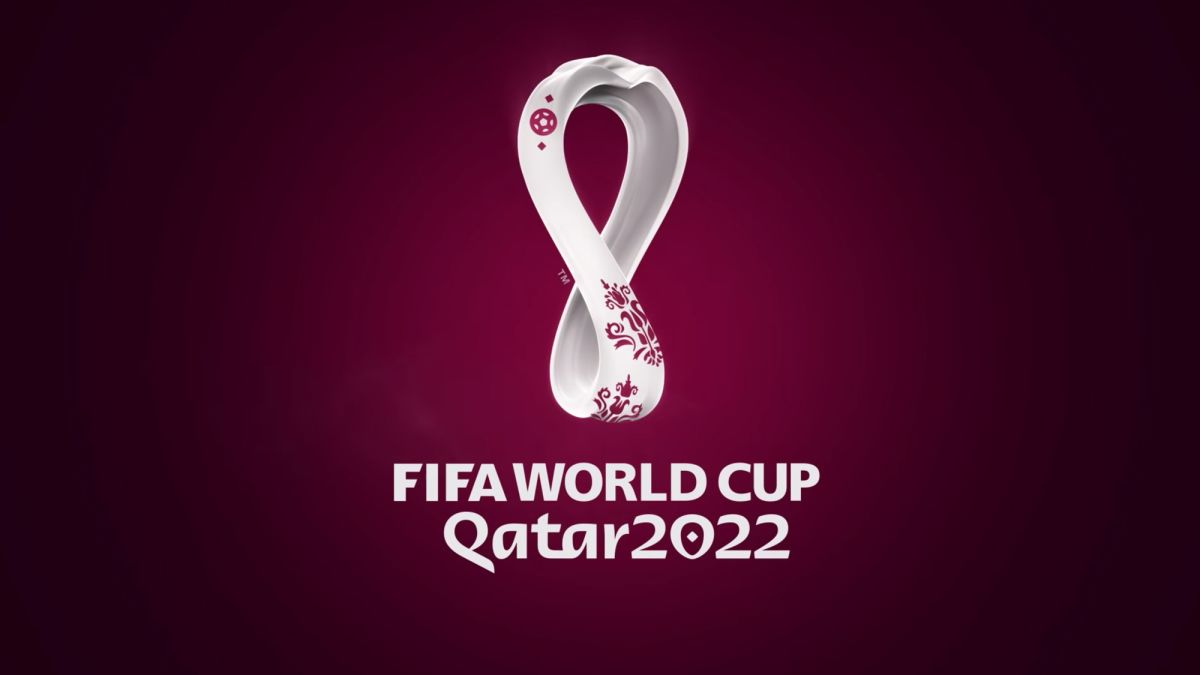