Keane to Set the Record Straight + Keane and Ready in Refection

The general consensus amongst the football fan fraternity is that United’s former Roy Keane, is not everyone’s favourite, but Roy aired his views in the public domain with the launch of his book titled “The Second Half” which even today reverberates in the global world of football, as the Football Column reflects back in time.

Keane’s book became on a head to head collision course with Sir Alex Ferguson’s new book at the time, and the rift between the two is still apparent today, with unsavoury words being spoken against each other in their respective books.

There are always two sides to any sledging which occurs particularly with Sir Alex, and Keane decided to defend his corner. For the record, Roy Keane was the most outstanding captain, come leader, midfield player of his generation. Could United have imploded without Keano’s driving force? Could United have claimed so many trophies without Keane? That is also possible. Keane was the man at the helm on the pitch and should Sir Alex come out and reiterate what has been written here should also be possible. Some would suggest that when Sir Alex signed Keane, that he knew the man, the disruption that might occur, Sir Alex made his choice, he needed a leader of men on the pitch, a man who would run through a brick wall in pursuit of trophies, Keane was that man.

Did Sir Alex challenge Keane during his playing career of winning trophies for United? No, the challenge came when in Sir Alex’s opinion, Keano’s career was on the wane, that Keane could no longer make those surging runs, when the required movement at top level was no longer there, Keane did not concur with this, a chance to prove Sir Alex wrong, Keane had merited that right, Keane expected loyalty from Sir Alex.

Roy Keane was a great player and leader and that has to be Keane’s legacy to football.

At any club, at any given time, training session arguments will occur with Keano allegedly being involved in training ground spats during Roy’s time at Aston Villa and the Republic of Ireland. So the question has to be asked, is Keane right to question a player’s commitment or attitude? Would the iron will of Roy be better imposed on players who can take the criticism coupled with a softer approach with the lesser lights of a team ethic, should Roy take more of a middle ground. The Football Column suggests all three as written and only then will Roy Keane reach his true potential in football management.

Keano has stated he wants a return to management, Roy Keane is waiting for that call. 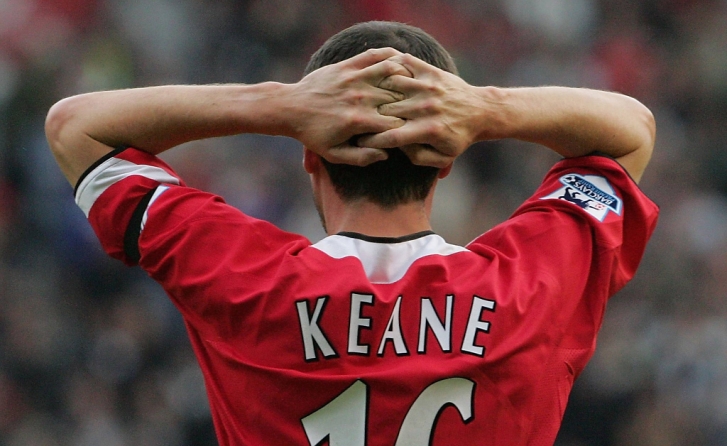