Into the manager’s dead zone which can signal the end of a manager’s tenure to become within a cutting edge of to dangle the hanging sword, where teams can become one crisis after another or just a bad patch of cabbages, the losing results. The downside roller coaster ride can become too much of a burden to halt, into the dead zone, the bad streak of results becomes irreversible. The two Portuguese ones Marco Silva’s tenure at Everton and Jose Mourinho’s debacle at Manchester United and Tottenham where the results could not be turned around, will Jose continue to fight with anyone who questions his methods? The sit on the cigar Koeman at Everton was laid bare the persistent use of the same tactic, which would have relegated Everton, Fireman Sam Allardyce grabbed the reins and saved the Toffees from certain relegation, Sam turned the ugly results into a positive and secured Everton’s top flight status with time to spare. Hypocrisy plays a big part in football and Sam’s negative tactics were not of the supporters’ liking, but it was required to keep the trap door shut. Perhaps the Evertonians could keep their trap door shut and applaud big Sam.

The experience of big Sam proved to be the winning ticket, as opposed to Frank Lampard’s short tenure at Chelsea was not ticker taped, Frank fell on the sword of inexperience in pursuit of reaching the pinnacle too fast. Frank needed to slow down his management style and became blindsided, enter into the manager’s dead zone of no return. Time was needed and to suggest Frank would have turned it around, we will never know. Tuchel came in, utilized his experience and is now lorded at the Chelsea, Chelsea. Across the divide to North London and the experienced Unai Emery at Arsenal appeared to be stuck in the dead zone of no return, but in reality the Gunners were lying eight in the Premier League alongside a last thirty two Europa League qualification, plus add on the stat that Emery is ranked as one of the highest in the club’s history. So why the sacking, media intrusion the witch hunt and supporters in part, brainwashed. The guns of the nicknamed ‘Yellow Submarine’, Spain’s Villareal, Emery’s current club claimed the Europa League Trophy, Unai’s fourth trophy in this competition to ram home, rubber stamp, the Gunner’s mistake in sacking the Spaniard (ref article 20.01.20 Hounded Out).

Into focus and the surreal world of Roy Keane’s rein at Sunderland, Keano began on the crest of a wave with promotion to the Premiership. Roy’s management was impressive, but could not relate to the okay signs and began pushing for more, a higher level to raise the bar more, the players could not respond, mid table Premiership status was the level, frustrations crept in, a loggerhead duel began with the owner Ellis short, Roy felt short changed, exit Keano. It is not possible to mirror image oneself into the players, Roy looked into the mirror, regrets? Plenty on that one, the Sunderland debacle, differing takes on management styles to transgress into the manager’s dead zone.

The political fallout concerning Chester Football Club playing out two matches at their Deva stadium makes a mockery of the Covid on, Covid off regulations. Chester’s festive spirit was dampened with the Wales Football Association pitching their flag on the club’s centre circle stating that the club is affiliated to Wales and the two matches concerned v Fylde and Telford AFC should have been played behind closed doors, no spectators, the Wales Covid sports recipe. To set the record straight, Chester FC is affiliated to the English association with the club’s offices being in England cementing the deal, all be it the pitch is positioned in Wales.

The response, if the Welsh FA regard Chester as Welsh club, then perhaps they should allow the club to enter into the Welsh Cup, win the cup, enter Europe and add some prestige, all on Welsh pastures? To suggest a new twit has entered the Welsh FA looking to set one’s marker, one foot in England, one in Wales, settle for that and keep quiet, tedious issues, the saint George riding the Welsh dragon, ride on! 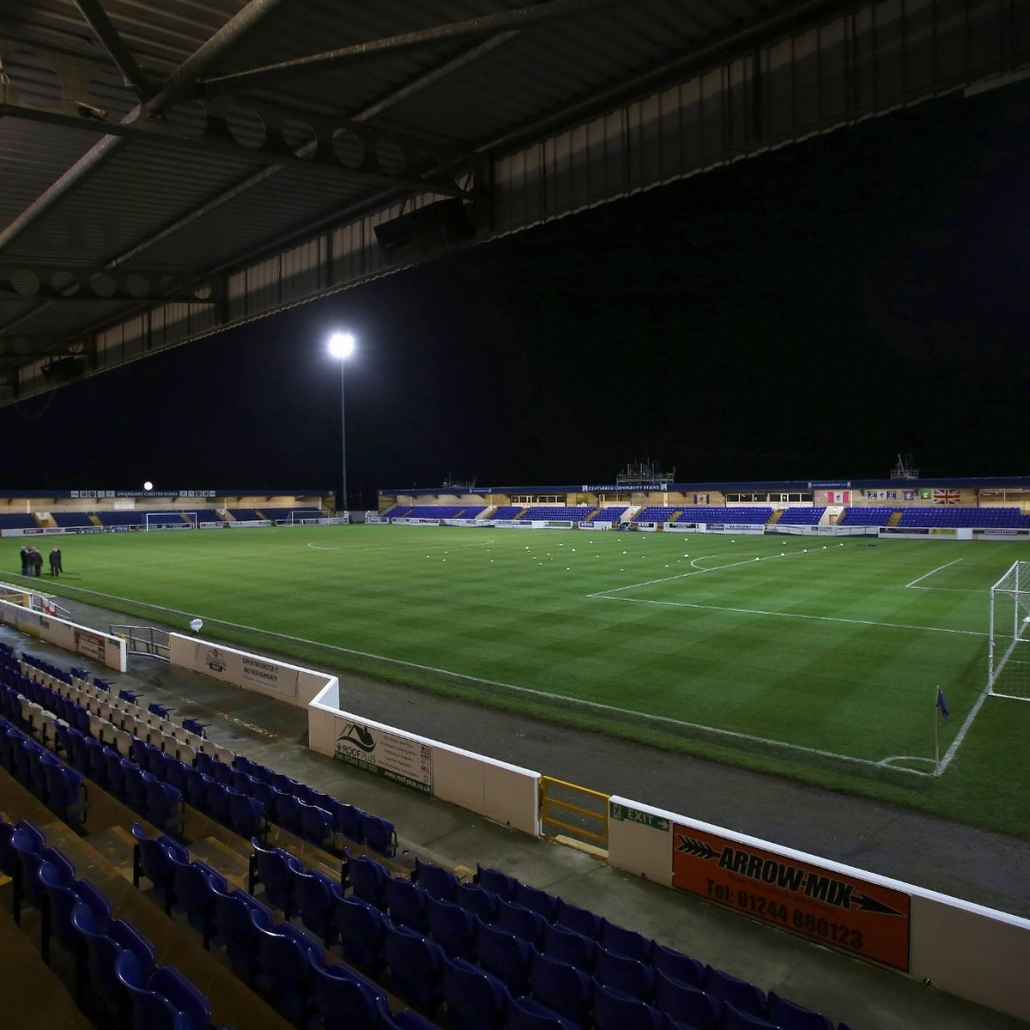 The Connection – Football to Cricket The Knight in Unpolished Armour Gary...