Gareth Southgate has opened up in the stress of managing England with reference to the severe criticism which Gareth has to endure on occasions, part of the remit for any England manager. In response, Southgate is always prepared to give younger players a chance as opposed to the norm which has been to stay with the same crop of experienced players. Southgate, with his management skills, displays a freshness and fortitude with his approach, backs one’s judgement, and is always looking to push the boundaries with a continuing resolve to improve team England and to continue to lead England onto progressive phases, highlighted with a World Cup and Nation’s Cup semi-final berths as confirmation.

Gareth revealed that the position can be mentally draining, changing the nations expectations, but likes the challenge and the responsibility, the ultimate goal is to be champions of the world in the driven quest for world domination. It’s time for the expectant English footballing public to show more emotional tolerance to the England manager, a lonely place it can be. The daily grind of Twitter come social media can be an unforgiving environment, can be unrelenting, many just rant for the sake of ranting, trying to justify themselves, negativity can abound in bundles, no trophy has been claimed with negativity. Southgate has to fight against this from a section of balloon heads, all hot air and no substance. Does Southgate deserve criticism from the unfounded section, no, one of the favourites for Euro 2021 and the World Cup to follow is the indicator of Gareth’s progressive success rate with the three lions.

Harry Kane History in the Making?

Is history in the making? Harry Kane is England’s go to man, a world class player with all the attributes, a lethal finisher, Harry is the key player if Southgate’s three lions are to deliver a European Championship and World Cup glory.

Football is full of possibilities, the fine dividing line between success and failure is paper thin, the pivotal moments in any sport are when the bar has to be raised to achieve, the cutting edge to deliver the vital moments of a winner, whether individually or in a team ethic. A forward come striker in world football at the highest of levels will momentarily become an individual for those vital seconds with the end result, which separates the world class from other international standard striker, those split seconds can occur at any given moment during match play, when a clear goal scoring opportunity presents itself. Harry Kane will be our lion heart in those match defining moments, to score those vital match winning goals for England, a world class predator will always prevail. Harry’s goals for ratio is golden, Harry will become England’s record all time goal scorer, can the world’s greatest trophy become a second lion to go alongside 1966, we shall never forget those famous words in commentary “They think it’s all over, it is now.”, Harry Kane, is history in the making? Come on England.

A Player in History el Matador

Staying with the international scene with a South American legend and a very different path taken to management with a blast from the past, titled ‘greatness does not always prevail’ and the legend before the Maradona legend, Argentina’s Mario Kempes who was the driving force behind Argentina’s World Cup triumph in 1978, brushing aside Johan Cruyff’s Holland. Kempes was embroidered with long flowing locks surrounded with ticker tape dressing free flowing onto the green pastures from the fanatical Argentina gallery, the adoring supporters high up in the sky reaching stands for the matador, Mario Kempes, on caressing the white ball with a sublime skillset to managing players with the white ball at their feet is El Matador in the world of management, which has become a surreal world as opposed to the footballing career of the Mario. Bizarrely the management trail kicked off with the great footballing nation of Albania then changed compass to another footballing outpost managing Mineros de Guayana in the Venezuela League. Mario’s third soccer outpost later became Bolivia, need to do a map check, currently the final landing post came in Indonesia, more posts to follow, greatness can also leas to surrealness aboard the Mario Chitty Chitty Bang Bang.

A Salute to the Generals 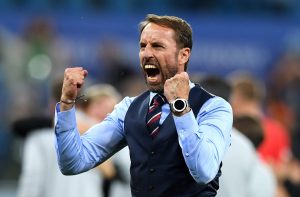 The Boot Room A Footballer’s Desired Attire Boots on the Ground Football’s...
Scroll to top