Manero highlights our dreams from an early age. What is the secret that makes football a wonderful game? In our early years with football being played out across the global spectrum, whether indifferently or modestly good, the sheer enjoyment of football fills many a young heartbeat.

Our first sporting steps are with one goal in mind, the need to kick a football, whether it be in a park, a street, cars permitting, the garden, mind the rose bushes, anywhere will do. The recurring adrenalin rush of playing out our dreams using the obligatory coats as the goalposts, match on, as we strive to be like our heroes. The watching of Match of the Day became the weekly ritual to be within touching distance of our idols, all be it on a television screen and then as we make our first visit to our childhood clubs, in general our home town club, childhood dreams stretching from Accrington Stanley to Notts County, or Manchester United, makes it all relative, the heartbeat of our clubs will never die, we all have our dreams for our own clubs, the passion never dies, never will.

During Sir Bobby Charlton’s years which were played out in a quiet alleyway on the cobbled pavements and the standard wall for ball return and practice. The Manchester United scout who was monitoring Bobby’s early years kept Bobby away from the clutches of other clubs. Bobby inquired “Why do you train me away from most of the other youngsters?”, the scout replied “Because I not want another club to know how good you are”. How many are chasing Sir Bobby’s fulfilled dreams and practising in similar fashion, chase the footballing dream, maybe part that footballing dream, that golden moment, our love for football.

Dream On, You Jersey Bulls

The newest of the newest clubs on the English pyramid system, come snakes and ladders, is the Channel Islands Jersey Bulls FC. Based in Jersey of course. The Bulls have racked up a thirty six game unbeaten run since the club’s inception in 2019, 36 and 0, this part is not a dream. The Bulls have been put out to pasture in the combined counties League Division 1 and are seeking bigger pastures to milk the system. The JB’s are the most Southerly team in the English pyramid system, let the compass stick to the nine come ten league stick of one’s pyramid system.

The Bulls have visions of a clear entitlement syndrome following on from their chicken feed success. The Bullhead’s are dreaming via the Club’s tannoy (the chairman), that the club’s looking for a five league hop, skip and a jump into tier five without competing for the right if the non league’s are reconstructed, alongside a quicker entry into the FA cup for the Bull’s instant recognition entitlement, dream on. Full credit to the Jersey Bulls for their footballing start point but it shows no respect to the clubs in the pyramid system to submerse, English Channel permitting, in the club’s surreal world of dandiness, historical values need to be earned, no short cuts.

Of interest is that Jersey is not in the United Kingdom but attached to the English Crown, confusion. Should the Bull’s entitlement stretch to being allowed to compete in the English pyramid system? Realign the compass to the English seven tier and of Shropshire heritage is the semi-professional Welsh clubs, the Merthyr Tydfil FC competing in the Southern League South, to suggest that comparisons can be made. Should Merthyr’s participation in English football be questioned, the same can be said of Swansea City, Cardiff City, Newport County and Wrexham AFC. These clubs cannot contest the Welsh Cup, perhaps a visit to a sunny Llandudno FC is not as appealing as the English pyramid system. Neighbours, the Seagull’s Colwyn Bay laid their pitch in the English leagues for thirty five years last seen in the Northern Premier League Division 1, North.

The seagulls jumped ship and returned to Welsh waters in 2019, back into the Welsh leagues is their new seat at any given table. Are you bamboozled by the various disguises of clubs?

Staying neighbourly to a return of the equation, the Merthyr Tydfil FC, is Shrewsbury Town. Can the Shrews be classed as a disguised Welsh club having previously been Welsh Cup winners on six occasions where the mother tongue of the Welsh is more prevalent than the English. Sitting between these two clubs is the Bull in the China shop, to confuse issues further, the ‘Bulls’ of Hereford FC who are also previous winners of the Welsh Cup, what classification are the Bulls? To lift the lid further and the Manero heart strings is the treble Welsh Cup winners, Chester City, now Chester FC, with the club’s pitch being on Welsh pastures but the club’s offices, changing rooms, come social bar for a quench of the Wrexham lager, perhaps not, being registered in England Chester where the Romans laid their castle on the border, but English peaking Romans, confusion can run amok, but not to mock the authenticity. Does passport control take place at these clubs, perhaps Brexit could solve the conundrum? A stumper cruncher!

The Dreamless Cliffs of Dover
A Bad Dream

The National League Club Dover Athletic have been fined £40,000 and been docked twelve points for the 2021-22 season, a treble whammy will no doubt follow with the plug being pulled on the White’s National League 1 existence, a drop down the pyramid ladder will see them sink into the pit, a punishment perhaps for not meeting their fixture obligations. Chairman Jim Parmenter set the perimeter by stating they are devoid of the fine monies imposed, if that was the case then Dover would now be insolvent, gates padlocked. Fines and points docked is a travesty if justice for all clubs, perhaps Dover’s former manager Neville Southall could assist with a who ate all the pies, pie load of stash for the greenless ones, pitch included, a sand pit, for the Dover Athletic FC.

The loosed cannoned Joey Barton has again engaged one’s burger, the head before consumption, time to choke on one’s words and time to fink Joey, that’s with a T = think. Barton’s early doors managerial role at Bristol Rovers has derailed so time to pass the buck, looking for another head on the platter condemning the Rover’s former manager Paul Tisdale as inadequate, blasting Tilsdale’s training methods, how could Barton be privy to the former’s coaching sessions? To suggest that some players under Tisdale’s management have been mouthing in Barton’s ear lugs, it happens.

For the record, Paul managed Exeter City for twelve seasons with a success rate of back to back promotions, prior to the Grecians four promotions followed with Bath in the non-leagues, add number seven to the list with a MK Don’s promotion, could Barton aspire to these heights as a manager? Dream on Joey.

Our Dreams Part 2 will feature in June’s CM brand, alongside zonal marking which was marked down for the month of May. 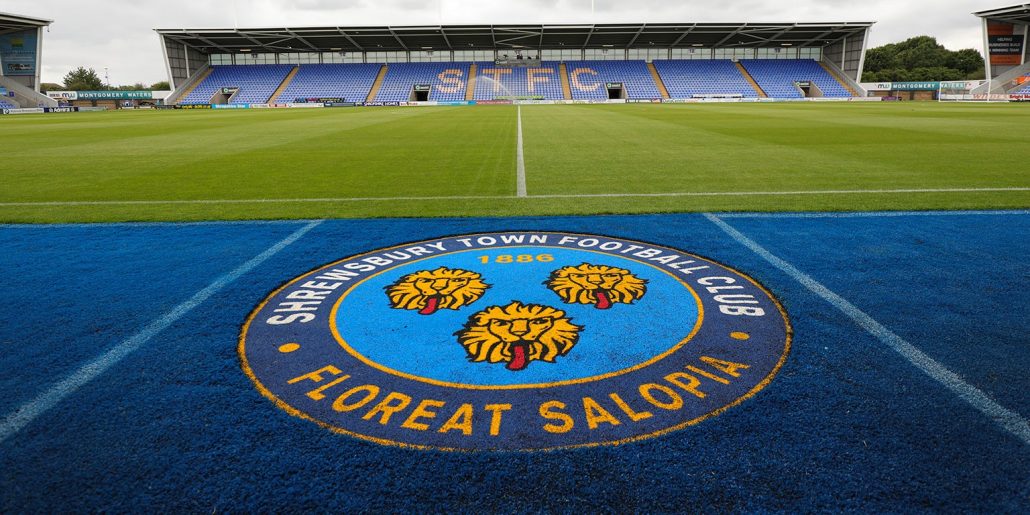