What’s in a 4-4-2 or 4-3-3, a system perhaps or just numbers, or maybe a football game. Any team game needs a system, tactics, formations, all ideals in the one ultimate aim, success. Football managers across the
blackboard engender these systems, but the real art of coaching is to watch the off the ball movement with a third eye and then incorporate this into a system to ascertain if it is working in open play.

Managers tend to favour the 4-4-2 system which is more practical within the workings of a team. The more innovative and expansive coaches will adopt a more expansive system with a 5-3-2 tactic, come system. The Football Column has returned to the blackboard with the findings of this system, to be illustrated. The most expansive system which envelopes all facets is the 5-3-2 system as the starting point, but in reality the system becomes a 3-2-3-2 tactic as illustrated. 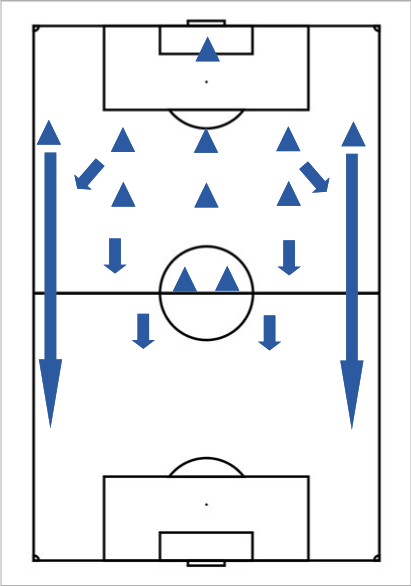 Opposition’s Half – The two outer centre backs can move into a slightly wide position to cover the space vacated by the two full backs.

The two full backs as illustrated, become wing backs, come wingers, during the team’s possession play. They are instructed to work the lines (the arrows), depending on the depth of possession. Once retention of the ball is lost, they endeavour to adopt a defensive position. The team theoretically during a quick counter attack could have four players inside the opposition’s penalty area, with the support of two midfield players, with one sitting deep in front of the three centre-backs.

The reality of the centre-back trio is that they can stretch wide and deep to cover a quick attack. The two wide midfield players, as highlighted, can work in football ?? terms (between the lines), adopting straight or angled runs into the opposition’s half. The third midfield will stay relatively deep and hold the line. The two forwards can then move and stay central in the forward positions, this system can be readjusted slightly if the team goes down to ten men, with the defence unit of the back line’s solidarity being maintained, while still keeping two forward players. The three midfield players then become two, as the loss of one player impacts the team in this area.

How many times have we seen managers adopt this system when a team goes down to ten men? One from my knowledge. Bizarrely the manager was the former Manchester city boss, Roberto Mancini, who was
frequently accused of lacking invention, how wrong the critics can be!

The fact that many managers do not adopt this system at all or on a regular basis is a mystery. The answer may lie in the fact that weeks and months of high intensity work is required for this system to be fully operative, but during a season, training sessions can become less frequent due to the high work load of matches, which the Football Column suggests, is the real mystery solver in the most innovative of systems. 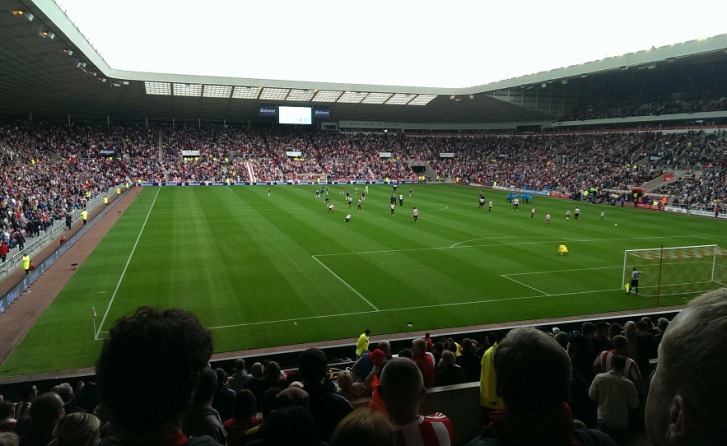 The Choppy Waters of Foreign Ownership
Scroll to top