The new defensive strategy being implemented by managers, is the newly approved, high line defending, for the coaching manual perhaps, but not approved by the Football Column. The pitch markings illustrate the folly of this defending. 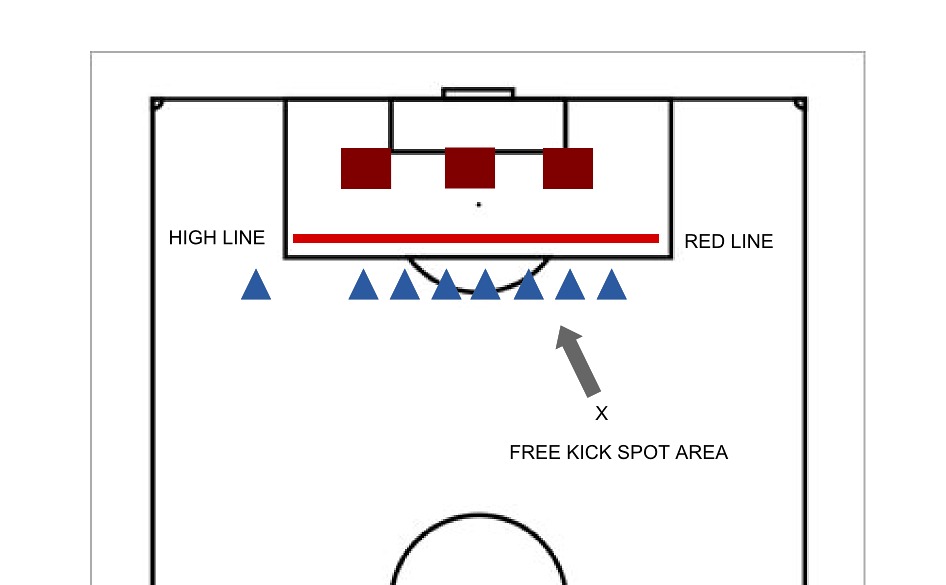 The attacking team can theoretically drop the ball over the defensive (red line) without too pace on the ball into the grid areas (as illustrated) allowing the attacking team to attack the ball and space vacated, with a clear route to goal, with their physical presence out weighing the defenders, due to the respective players positional play, with the defenders being manoeuvred into a side on position on facing their own goal, with a paced stride pattern and cannot defend with any freedom.

If the managers reverted to the old defensive system of defending with relative depth on set plays then at least the defensive unit would be facing the ball. The positional play of the defenders would improve them and be of benefit to better defending.

The Football Column does not advocate this tactic. 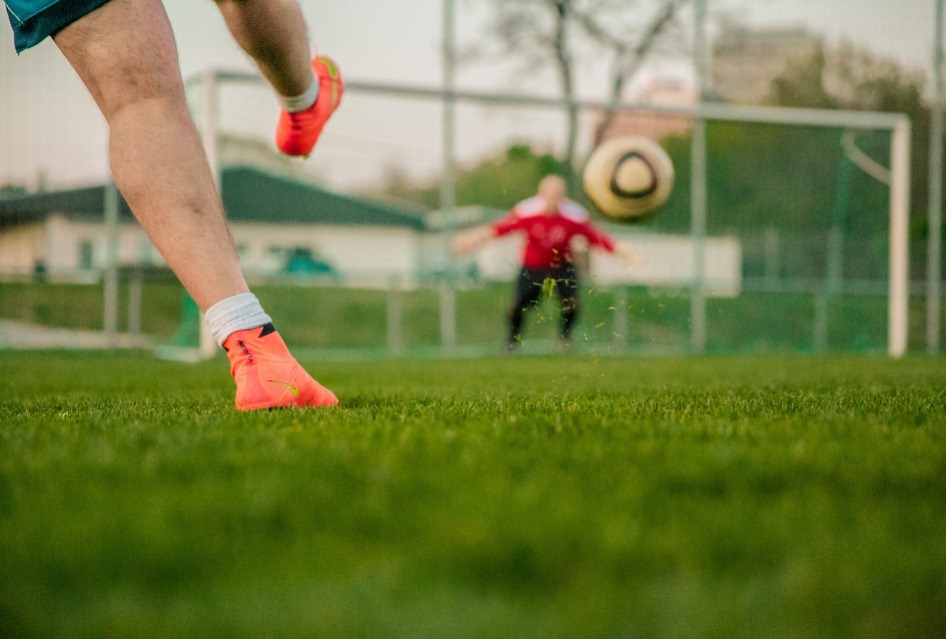 The Hand of God, Star Wars FIFA, and the Human Eye v VAR