The Men in Black

To be an official or not is an option which few former players take on board, the black and white baton of the beleaguered match officials, who are the constant spring board for criticisms and frequently an excuse for a manager’s team losing matches. The officials love for the game is their inner driving force and durability for a long sustained career in the game.

FIFA have enhanced the officials progress and protection with the introduction of various sports technologies, mainly due to FIFA president Gianni Infantino’s decision to enter the modern games time zone, football has suffered to a degree through no fault of the referee.

To supporters alike, the figure of the referee across the lush acres of the premiership is a figure the fans have come to a love hate relationship, depending on whether the ref’s pointed finger ascertains to a penalty in your team’s favour, or the raising of a red card to an opposition player. A referee’s role and training pales beyond this basic description, as the Football Column’s spotlight will endeavour to lift the seal on the not so glossy brochure of the official’s training.

The officials are constantly monitored during every match, where progress through non league football is their starting point on the football ladder, following involvement in grass roots football at schoolboy level.

To reach the heights of the Premiership and beyond is achieved only by a select band, with the former referee Howard Webb being regarded as the number 1 referee in world football, during his officiating. The official’s marking system is set and addressed at the end of the season according to ratings, and they are further monitored before a technical committee, where further evaluation takes place with an assessment of officials’ levels of fitness incorporating various physical tests and test papers, to re-confirm that the refs and linesmen are maintaining the laws of the game, alongside any possible law changes.

In general and particularly in England and in Spain, the referees are now employed on a full time basis with a good annual income, the referees train regularly to meet the physical demands of the fast modern game, where their physical preparation and conditioning has to be of the required ratio. An update of possible law changes and strategies is very prevalent, a meeting of all the fineries under the officialdom umbrella will take place, where meetings will take place during the year.

Technical training alongside phycological conditioning incorporating a cast iron mentality is required in this area due to the criticisms, insults, and abuse which wing their way to the match officials. A showing of mental toughness, and to control their emotions are vital training programmed procedures. The officials can be taken for granted, and the human aspect of the official, I suggest, should be considered more, where the four man official team for matches all rely on each other, striving to make sure that there are no discrepancies between them, where the officials besides the referee, can have just as much an impact during a match. The fourth official operates within the boundaries of the manager’s technical areas.

A united front must remain, particularly if a match becomes heated, and to utilize their training and experience to calm players, where the behaviour patterns of players and managers alike, is computed within the official’s memory.

A referee ha to make many contentious decisions within a ‘snapshot’ in milliseconds. Players can endeavour to confuse the referee by pressurising him, the making of unsavoury comments to the ref as they try to influence his decisions, and the surrounding of the ref is all part of this scenario. The officials use their temperament to remain in control of their officiating.

Refereeing could be termed as a thankless task, but to the officials and ditto to the players, their badge is afforded and should be, with the word respect, for the men in black. 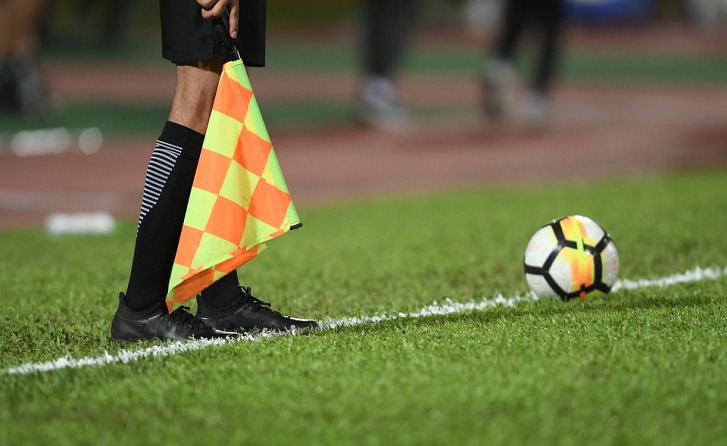 The FA Cup in all it’s Glory